Majority of people crave sweets. The sweet taste promotes happiness, contentment, cheerfulness, love, and satisfaction in the mind. We all need sweet tasted food in our diet to make it balanced. A simple sugar like cookies, donuts, breakfast cereals, etc., goes right into your bloodstream. Excess glucose and fructose are both converted to fat and stored. It gives you a quick spike of hyperactivity and then – when you totally not ready for that – your blood sugar goes down, and you feel no energy, tired, sleepy. It is quite inconvenient if it is 11:00 am, and there is still another hour of meetings before the lunchtime. A quick search for a cookie or chocolate or coke or whatever you can find in your drawer…

END_OF_DOCUMENT_TOKEN_TO_BE_REPLACED 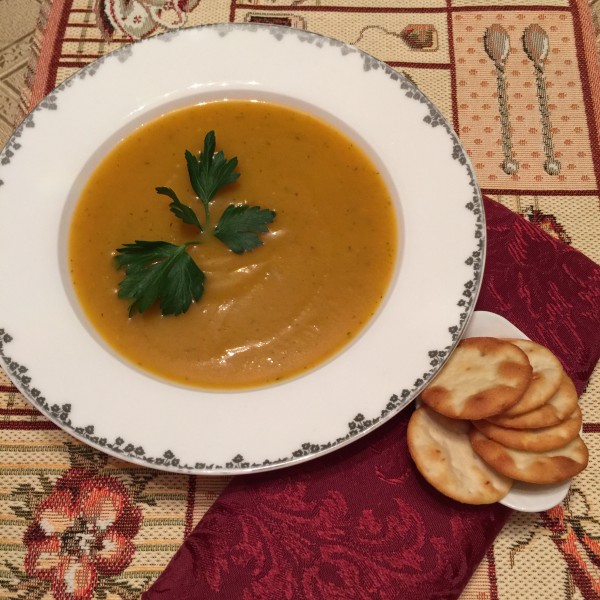 It is our favorite Fall/Winter soup. It even looks like fall when leaves on the trees change colors to yellow, orange, and red while some surprisingly stay green.

When it rains or the wind is blowing so strong making us hurry up in the warm shelter of our homes, this soup is the best “comfort food” – sweet, warming, and satiating. Easy to make, easy to digest, and healthy. Butternut squash belongs to the family called “winter squash” – seasonal vegetables with tons of vitamins. It is designed to keep you warm regardless of cold weather. It can stay in the fridge for 2 – 3 days… Yum!

Rosh Hashanah – It is a wonderful time. It is a new beginning with the deepened love, understanding, resolutions, commitments and sweet familiar feeling of celebration. It is time for new and old – like our traditions.

Traditionally we start the celebration by dipping apples into honey and wishing each other sweet year! 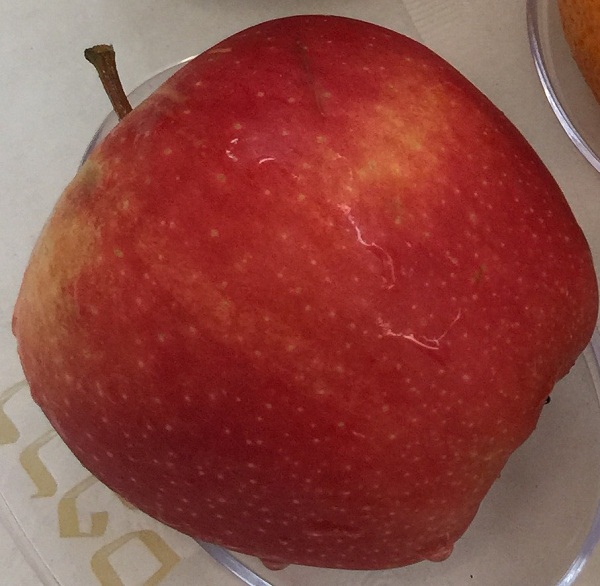 If you are, like me, eat according to the season, then you have not had apples for a while. Last season apples lost their taste and vitamins long time ago. Lately our tastes for fresh produce were mostly attracted to strawberries, blueberries, cherries, peaches and similar summer seasonal fruits.

And now I am excited for a new crop of this year apples – the first ones so tender, juicy with wonderful aroma. So many different kinds – all taste so amazing like never before!

New crop just in time for old and wise tradition to have apples for Rosh Hashanah!

Organic apples are so delicious and packed with vitamins.  “An apple a day keeps the doctor away” is an old saying that most of us are familiar with, but what makes this fruit so special? What health benefits are associated with eating apples?

As one of the most cultivated and consumed fruits in the world, apples are continuously being praised as a “miracle food”.  Apples are extremely rich in important antioxidants and dietary fiber. Apples deserve to be called “nutritional powerhouses”. They contain many important nutrients: Vitamin C, B-complex vitamins, iron, and minerals such as calcium, phosphorus and potassium.

Apples could be enjoyed in so many different recipes: just raw (with or without honey), baked, in salads, applesauce, as stuffing and many more. 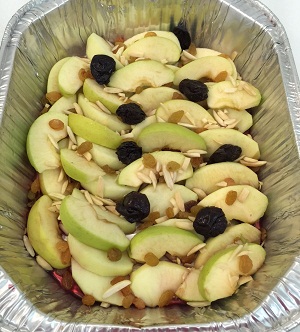 Cut apples to 8 slices each and place in the baking sheet (see picture above), evenly spread raisins, almonds and dry cherries. Mix pomegranate juice and honey and pour over apples. Bake for 30 minutes in 350 F without cover.

Enjoy for dessert or mid-day snack!

Wash and check collard. Cut the stems off. Put stems in a pot with boiling water and cook for 1 minute. Remove from the hot water and let cool off. Put collard leaves one by one in the boiling water for 30 seconds.

I was introduced to mushrooms in my early childhood. We used to hop on a bus in the wee hours to go mushroom picking in the forest. It was one of fun activities during late summer – early fall. It was so exciting to walk through the early morning forest in the rubber boots with a basket and search for edible mushrooms under the trees. In the middle of the day our baskets were almost full with colorful mushrooms. We all got together to sit down, rest, admire each other’s crop, drink hot tea from thermos and eat our tasty sandwiches lovingly prepared on the previous night. That’s as far as my interest for mushrooms went.

The next less exciting but necessary step was to clean, sort the mushrooms and prepare them for different cooking styles: some were good for conservation – pickled mushrooms in a jar – delicious appetiser during winter gatherings; some were good to dry and use in soups throughout the year; some were good to cook for that day dinner – Russian favorites – fried chanterelle mushrooms with onions, sour cream and potatoes! 🙂

I didn’t care about any of it 🙂

When I started my journey studying foods and their medicinal properties, I rediscovered mushrooms and developed taste for them overtime. Now mushrooms take a well-deserved place in my regular cuisine.

What are they? They aren’t vegetables no legumes. These, not so obviously defined plants, are very humble and modest. But as we know G-d often design humble to possess amazing qualities. And mushrooms are no exception. 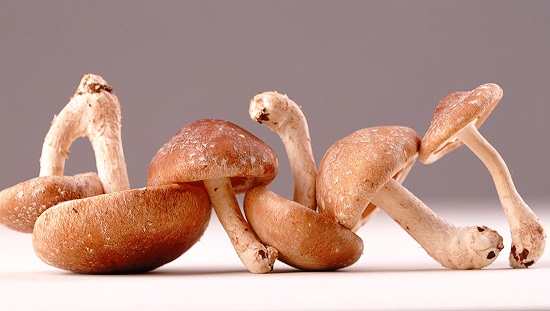 One of the medicinal mushroom leaders is Shiitake. Shiitake mushrooms high in many enzymes and vitamins that are not usually found in plants. Shiitake is effective in treating a long list of ailments including high cholesterol, gallstones, hyperacidity, stomach ulcers, diabetes, vitamin deficiency, anemia, and even the common cold. Shiitake are able to rapidly lower serum cholesterol. Studies with humans have shown that only three ounces of shiitake (5-6 mushrooms) a day can lower cholesterol by twelve percent in a week. There is increasing evidence that the health-promoting compounds found in medicinal and edible fungi, including shiitake, stimulate the immune system. Shiitake stimulate the defense system, spurring the immune fighters that attack cancer cells, bacteria, and viruses.

As a food source, Shiitake contains all eight of the essential amino acids in a better ratio than meat, milk, eggs, or soy beans. Not to mention they contain an excellent combination of vitamins and mineral including A, B, B12, C, and D. In addition, Shiitake produces a fat-absorbing compound which is perfect for those wanting to lose weight. It’s no wonder why the shiitake is also known as the “miracle mushroom”. Dried shiitake mushrooms have even stronger medicinal properties than fresh. And they are delicious when cooked!

Shiitake mushrooms are great in soups and various vegetable dishes. Here is the recipe of a basic miso soup where along with other ingredients it offers you healing powerhouse dish. Heal, lose weight and Enjoy!

The Enoki mushrooms could be found in Whole Foods Market or other health food stores and Asian markets. Enokitake mushrooms have tumour fighting compounds. They suppress further cancer growth and spread.

Enokitake has antioxidants that rid the body of free radicals hence boosting the immune system. The Enoki mushroom impacted greatly in test treatments of lymphoma and prostate cancer. The Enokitake mushroom also has anti-viral and anti-bacterial properties. They help to balance the immune system and to keep the liver healthy.

The Enoki is able to fight against diseases of degenerative sicknesses such as dementia and Alzheimer’s. It also has anti-inflammatory substances that help lower the risk of heart diseases.

Enoki mushrooms has to be cooked in at least 100 degrees of heat for 20 consecutive minutes.

BunaShimeji Mushrooms – another medicinal kind and also very tasty. I usually buy them in Whole Foods Market and make various recipes. They are delicious in soups and go well with other vegetables.

Many people asked me about a menu for a day.

I put together a sample menu for summer. I selected cooking styles as well as grains, beans and vegetables that mostly suited to nourish your organs during hot summer days. The menu consists of lightly cooked, easily digested foods which will help your body to balance normal temperature, not get overheated while providing plenty of nutrients. 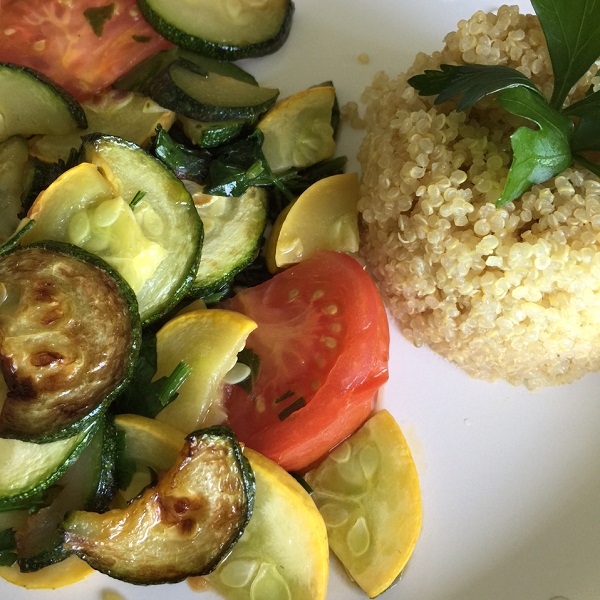 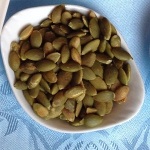 LUNCH – EASY to take to work 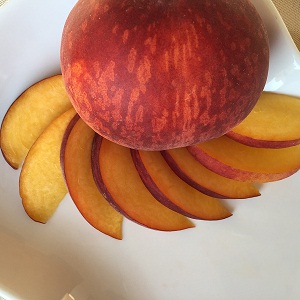 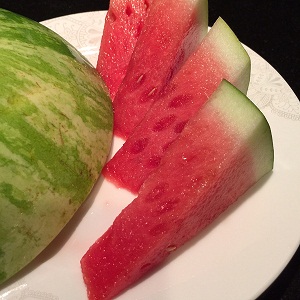 Health Tip** For some people summer is associated with barbecue in the middle of a hot day. Eating grilled meat is very stringent for the heart and other organs. Liver gets overheated. People might experience excessive sweating and have hard time being outside to enjoy the sunny day. Refrain from barbecued meat could make a surprising pleasant shift to being able withstand 85+F much more comfortable and easy.